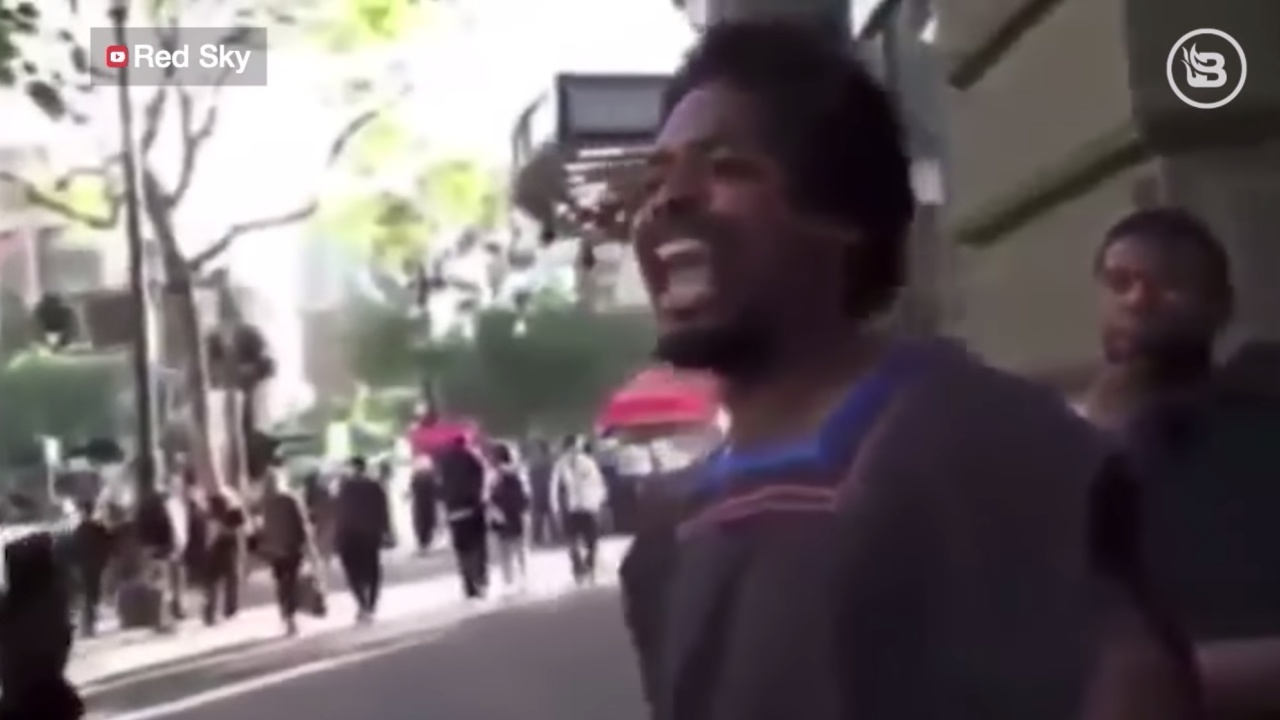 Who are the Black Hebrew Israelites?

The path from the founders of the Black Hebrew Israelite movement in the late 1800s, to the group that verbally abused the Covington Catholic high school students in Washington last Friday is a complex maze. There are so many different groups, sub-groups and offshoots that it would take a week to untangle. So, I'm going to try to boil it down for you.

1886. Chattanooga, Tennessee. A former railroad worker named Frank Cherry established the Church of the Living God, the Pillar and Ground of Truth for All Nations. Yes, that was the full church name. He mixed together elements of Judaism and Christianity and believed that African Americans were descendants of the original tribes of Israel. He preached that these Israelite ancestors were chased out of Babylon into central and western Africa, where they were eventually sold into slavery by the Romans. He preached that Adam, Eve, and Jesus were black. Cherry also preached that whites are inherently evil and hated by God.

The DC group calls itself "House of Israel." It evolved from the black nationalist movement of the 1960s and 70s, which branded Christianity as a foreign religion imposed by white slave masters on blacks. This group is on the extreme fringe of the Black Hebrew Israelite movement, but see themselves as radical reformers of Hebrew Israelites across the spectrum who have gone astray. Even the notorious Southern Poverty Law Center characterizes this group as a "black supremacist" group, placing it on the same level as white supremacy groups.

The current "Chief High Priest" of this wing of the Black Hebrew Israelites has prophesied that a vengeful black Jesus will soon return to earth to kill or enslave all white people.

With that cheery message, small groups of Black Hebrew Israelite street preachers called "camps" station themselves at busy intersections in cities like Philadelphia, New York, Baltimore and Washington, DC. They rail against "white devils," which they believe are descended from a race of beasts spawned by Esau. Esau is the twin brother of Jacob (later called Israel) in the Old Testament. They also rail against promiscuous women, native Africans (for selling black Israelites into slavery), Asians, and call for the death of Jews and homosexuals. You hear a sampling of pretty much all of that on the viral video taken Friday at the Lincoln Memorial.

A former member of the Black Hebrew Israelites says they use fear tactics to break down new recruits and brainwash them. Recruits are urged to join camps and verbally assault pedestrians.

It's easier to go through airport security than to visit one of this group's places of worship. White people are strictly forbidden. If you're a person of color, you must explain to security why you're visiting and how you heard about the church. You have to swear you're not a cop, spy, or member of a rival Black Israelite group. Then you must swear before the security guards that you're "clean," including not having eaten pork or had sex for the previous 24 hours. They confiscate your phone and photo ID during the service. Then they pat you down. Once you're inside the first door you must register your name, address, and phone number. Then, you're handed a King James Bible. If you make it that far, a disciple then pours olive oil on your head as a final cleansing ritual. Now you can enter the main sanctuary. Good times.

So now you know their history, but what do they really stand for? What do they preach on American street corners? Were the things caught on tape during the Covington controversy an aberration or the norm? You be the judge, but be warned, what you're about to hear is highly offensive. The vast majority of their stuff can't even be broadcast on the air.

Who are the Black Israelites youtu.be

It's probably some of the most racist and bigoted language you'll ever here. Is this not what anti-fascists and the rest of the militant Left have risen up in mass to fight against? Where is the crowd of black clad millennials to stand against this? They'll show up to Berkeley to protest Ben Shapiro, but not someone saying THESE things?

OK OK I get it. They're saying all this about white people… so it must be ok then. In today's culture of relativism, we can let it slide… you know as long as it's just directed at WHITE PEOPLE. I'm sure they're perfectly fine with everyone else.

They hate every race or creed. And this is the only footage we could find that didn't have profanity. I couldn't even include the audio of them slamming other African Americans, Jews or Mexicans because it was so vile and laced with profanity that it's completely unairable.

So I ask again… where's the #Resist people? I got it, maybe they'd start caring if the Black Israelites came out as misogynist and anti-women. I mean, in this climate of "Me Too" that would surely be the final straw. But I'm sure they've NEVER been hostile to women, because otherwise we'd see the Women's March people, led by Linda Sarsour no doubt, holding anti Black Israelite rallies in Washington D.C. So they must not be anti women...

Imagine, just for a second, that everything you just heard was said by a group of white men wearing MAGA hats. They wouldn't last FIVE SECONDS without Antifa showing up. The wouldn't last TEN SECONDS before hundreds of people forced police to arrest them. And hundreds of videos would begin to pop up on both social media and blasted all over CNN, MSNBC, The New York Times… take your pick. It would be EVERYWHERE.

This is true racism. This is true bigotry. This was quite literally calling for a war on women. So where's the outrage? Why do we pick and choose what is or isn't racist, bigoted or misogynist depending on which side it comes from? The language is universal. It's like math. Racism is racism. But just because white kids in red hats aren't saying it, it's somehow not newsworthy? It's somehow not worthy to speak out against?

How would YOU react to hearing this on your local street corner? With anger? With fear? Anxiety? Maybe even rage. Nathan Phillips, the professional Native American activist, reacted by using the vile language directed AT HIS OWN PEOPLE, to make a statement - not at those speaking the words - but at a bunch of kids caught in the middle. The Covington kids reacted with a pep rally. Who do YOU think were the bigger adults that day?